New Book by Janet Burton Captures Life on St. John in the 1940’s 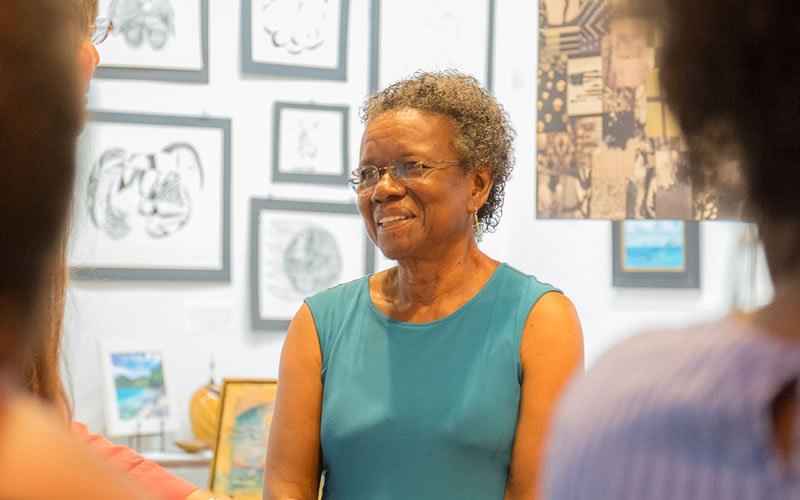 “Who tells your story?”

That’s the final line of the musical “Hamilton,” sending audiences out of the theater with questions about who writes our histories and how we are remembered by future generations.

Long before that play was written, those questions were clearly on the mind of Janet Burton, a retired teacher and librarian from St. John. For decades, she nursed the desire to tell the stories of St. Johnians of her parents’ generation.

Now, after years of research and interviews, she has self-published a collection of her work, “Before Our Time: An Oral History of St. John.” Saturday Burton will be signing copies of her book at Bajo El Sol Gallery in Mongoose Junction in Cruz Bay starting at 5 p.m.

The book contains profiles of some well-known St. Johnians, like Julius E. Sprauve, for whom the Cruz Bay public school is named, and Leander Rudolph Jurgen, whose name graces the plaque on the island’s police station. It also contains stories about other St. Johnians, like Naomi Jacobs, Burton’s own mother, whose serene face graces the cover of the book.

Burton was first encouraged to write this kind of book by Ruth Moolenaar; her “Profiles of Outstanding Virgin Islanders” will be familiar to just about anyone who attended public school in the Virgin Islands. “We used it quite extensively during Black History Month,” recalled Burton. “One day when I saw Mrs. Moolenaar, I said to her, ‘Why haven’t you included more St. Johnians in your book?’ She challenged me by saying, ‘Why don’t you write about them?’” 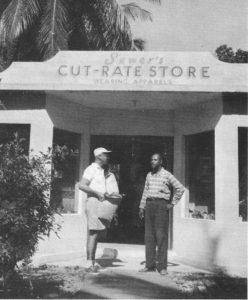 Burton started the project in the early 1990s, when some of the subjects of her inquiry were still alive, and she could capture their voices on tape. For others, she has had to rely on memories passed on by their children and further research. One of her sources is her aunt, Pauline Thomas, who at age 103 is still able to clearly recall events of long ago.

“I feel each of us has a story. The book is more about the day-to-day lives that people were living—how they made a living, the social things they were involved in. I want people to see St. John through their eyes and through their words,” said Burton.

“What I like about St. John in years past was that you just knew everybody,” said Burton. “If you went somewhere, you would always say hello and chat. Now there are so many people you don’t know, you feel like an alien on your own island.” 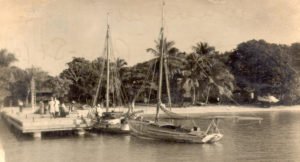 As Burton said these words, she stopped and amended them. “Actually, it’s not our ‘own,’ but it’s the place you call home, and you feel like a stranger sometimes.”

Burton is quick to acknowledge how much she appreciates the improvements in transportation and access to services now available on St. John, but says, “We’ve lost the sense of community, when everyone knew each other and there was a sense of stability and of safety. When I was growing up, and for many years after, people didn’t even lock their doors. It’s really money that’s caused the biggest change. People did things for each other  long ago. If someone died, as soon as they heard, men would leave what they were doing and go get their pick axes to [dig] the grave. People would go to the grieving family and keep them company.” 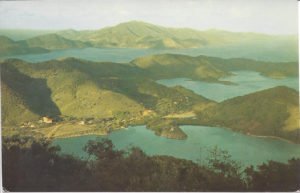 “If someone was building a house, the men would go and help and work for free. The women would cook for them. Labor was free; now you pay more for labor than materials,” Burton continued.

Back in her day, she said, “If you were a child, you were always under surveillance. You might be mischievous, but there was a limit on how far you could go. Your parents would correct you.  Your community would, too. Now because there are so many people you don’t know, you worry about correcting a child. Their parents might not like it. You’re limited in how to make the community a better place.”

Burton fell in love with books as a child, sitting on her grandmother’s lap while her grandmother, Helen Prince, read out loud to her. Prince, who never went beyond the fifth grade herself, was a fierce advocate for her granddaughter. When the classwork became too easy, Prince confronted Burton’s first grade teacher, convincing her to skip Burton to the third grade. Burton excelled in school and boarded with a widow on St. Thomas so that she could attend Charlotte Amalie High School, returning only once a month to visit her family in Coral Bay.

Burton returned after college to St. John to be a teacher, but then left to get her degree in library science and work in Washington, D.C at the Library of Congress for six years. Island ties brought her back home..

As a librarian at Charlotte Amalie High School, and then at the Julius E. Sprauve School and Guy Benjamin School, Burton found many chances to pass on her love of books to others. She read to her own son, Jonathan Joseph Burton, when he was still in the womb. Jonathan, an elementary school teacher (married to another teacher) now lives in Chicago. Burton was pleased to report that their small child plays teacher to a row of stuffed animals.

As a librarian at Charlotte Amalie High School and then at the Julius E. Sprauve School, Burton found many chances to pass on her love of books to others. She read to her own son, Jonathan Joseph Burton, when he was still in the womb. Jonathan, an elementary school teacher (married to another teacher) now lives in Chicago. Burton was pleased to report that their small child plays teacher to a row of stuffed animals.

At age 75, Burton considers herself lucky that she was able to be on St. John when “things were still pristine, and you could swim by the dock in Cruz Bay and in Coral Bay.” She does admit to wondering, “Maybe I’m romanticizing a bit. It wasn’t an easy life. People had to do a lot of hard work in the hot sun to take care of their families. But they played hard. They lived life in a very full way. I hope the book will help people see what they missed.”